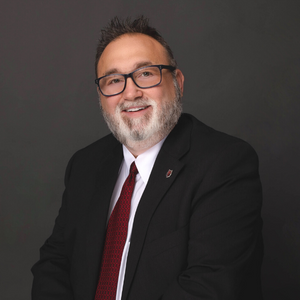 Gary brings a unique background of executive and sales management experience to the organization. He is the former Operations Director for the City of Jonesboro, where he served at the pleasure of Mayor Harold Perrin and directed the city’s day to day operation of over 500 employees and $54 million-dollar budget.

Gary attended Arkansas State University and has a long-running history of involvement with the campus. He is the former Entertainment Director of the Runnin' Joe Classic and a former member of the Chancellor's Task Force on Safety.

He is responsible for leading the efforts of several landmark plans and processes during his tenure with the administration. He is a former member of the Jonesboro City Council, where he served as Vice-Mayor, and of the Jonesboro Metropolitan Area Planning Commission. He previously served as Co-Chair of the Jonesboro Vision 2030 comprehensive planning advisory commission during its tenure.

In addition to the traditional duties as Managing Partner/COO, Gary also heads up our economic development team, where as our Development Specialist, he works with local, state and federal authorities as well as investors and third-party developers to structure creative partnerships to enhance development, create jobs and spur economic growth. A graduate of the Delta Regional Authority’s “Delta Leadership Institute”, his multi-state contacts and breadth of experience aid in our capacity to bring a value-added component to any transaction.

From conception to planning to engineering through infrastructure construction and sales, Gary has been the central figure at HTHREG in working with government agencies, political bodies, engineering and planning firms, contractors and buyers in taking the project from an idea to vertical development.