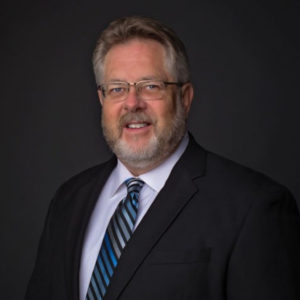 Martin Young brings a wealth of industrial and manufacturing experience to bear on the market in addition to his real estate expertise. His organizational skills have afforded him the opportunity to make a tremendous impact on our local industry and he has a great legacy of service to his clients.

Martin, a native of Little Rock, Arkansas, spent many summers maintaining rental property owned by his parents. Little did he know that those investment properties would pay for his college education at the University of Arkansas, Little Rock where he obtained a Bachelor of Science in Industrial Management.

Martin started working in the public sector at age 16 and except for his senior year in college, he has worked ever since. Following college, Martin went to work for Datamax Office Systems in Little Rock, where he learned about the printing business in order to become proficient at selling and training operations of A.B. Dick duplicators as well as a whole host of equipment found in commercial and quick printing operations around central and southern Arkansas.

In 1989, Martin took a position with MacMillan Bloedel Containers plant as a Customer Service Representative. After a couple of years in Customer Service, Design and Job costs analysis he was ready for a sales territory of his own. He started in Memphis on a temporary basis but settled into a full-time position as an Account Manager in Northeast Arkansas. With a book of $2,000,000 in sales handed to him, his goal was to drive his sales and territory profits to one of the largest in the company, topping $12,000,000 per year. Once the mergers and acquisitions began in 1995, the industry would change almost monthly with a constant scramble to keep plants running at top capacity. In 2010, after two mergers, a plant sale and two plant closures, Martin became a statistic of downsizing. At this point, he was ready for a new adventure and moved toward a career in Commercial Real Estate.

Martin became certified as an Arkansas Realtor in October 2010 and joined the Thrasher Realty Group of Jonesboro, Arkansas where he gained further knowledge and expertise in commercial real estate.

Martin joined Halsey Thrasher Harpole in 2014 as an Associate Broker where his extensive sales experience allows him to assist the Principal Broker in medium to large scale projects.

©2023 Northeast Arkansas Board of Realtors. Information is provided exclusively for consumers' personal, non-commercial use and may not be used for any other purpose other than to identify prospective properties consumers may be interested in purchasing. Information provided by the listing agent/broker is deemed reliable but is not guaranteed and should be independently verified.
Data services provided by IDX Broker